The digital landscape model of Saqqara is complete and the final modifications of the Late Period representation are almost concluded. A few minor additions and tweaks will be implemented in the coming days. I have added the estimated size and location of the Lake of Pharaoh as it may have appeared during the Late Period. 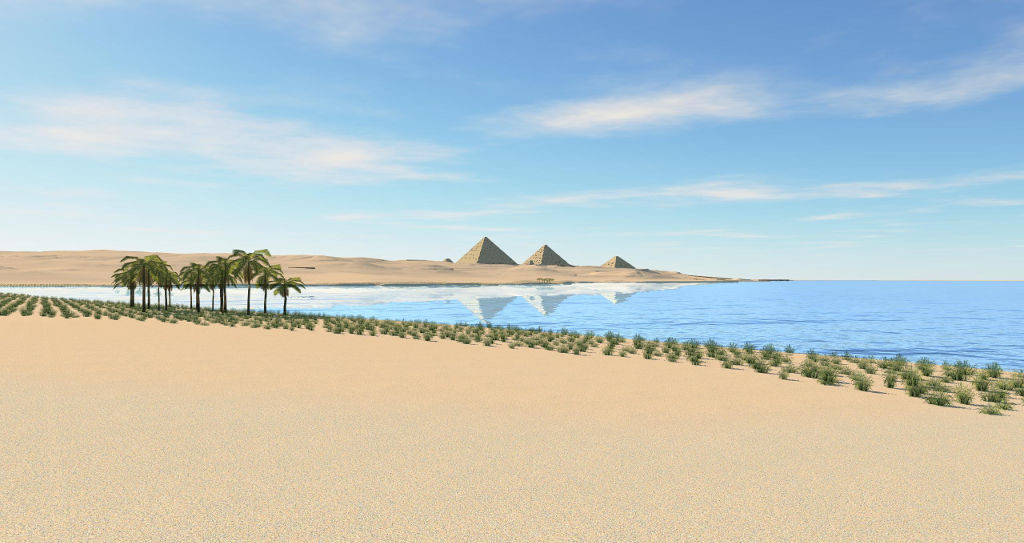 The extents of the lake have been determined from core samples, which have been used to examine the potential size and shape of the feature. The lake is an important aspect of the Late Period animal cults, specifically the cult pertaining to the Ibis, as it is at this body of water that the birds may have been bred and reared for use in the mummification rituals.

Additionally, I have reconstructed the Serapeum Way complete with sphinxes. This important processional route led from the Anubieion temple at the edge of the desert to the Serapeum and the subterranean vaults of the Apis bull. The sphinxes are intended as substitute models of the actual form of sphinx discovered by Mariette, they are presented to give an impression of what the avenue may have looked like. 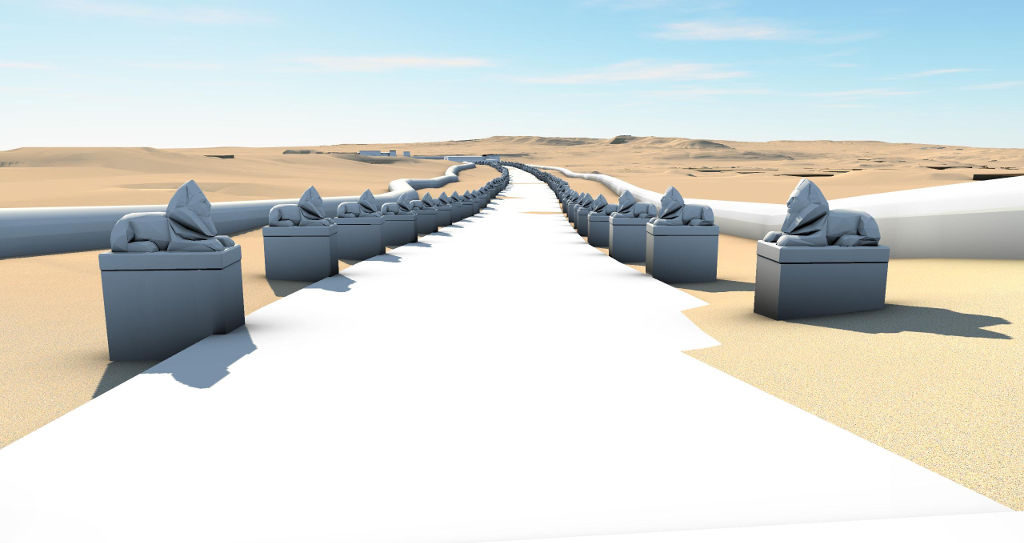