My PhD thesis ‘Visualising a complex ritual landscape: Gaining a new perspective on the Late Period/Early Ptolemaic sacred landscape of North Saqqara through the application of digital technologies’ is now submitted. For those who are interested, a summary of the work follows:

The Late Period (747–332 BC)/Early Ptolemaic (332–30 BC) monuments at the necropolis of North Saqqara have historically been investigated either in isolation or within small spatially close groups. The monuments have rarely been compared within their wider landscape setting, or their relationship with the topography upon which they are imposed considered. This study seeks to redress the situation for the monuments associated with the sacred animal cults through the investigation of topographic associations, monument interconnectedness, and affordances and entanglements within the sacred landscape.

To achieve this, a new and detailed GIS (Geographical Information System) of the North Saqqara and South Abusir archaeological areas was researched and compiled, as there was no other currently available. The GIS provided the foundation for the construction of an innovative multi-layered digital 3D representation of the ancient necropolis, which was used to examine the landscape from a terrestrial viewpoint. This was fundamental to developing an holistic understanding of a sacred landscape which is no longer wholly extant. By employing the creative power of digital reconstruction, the task of visualisation and the investigation of divergent viewpoints becomes achievable in ways that otherwise might not be possible.

The employment of archaeological theory, not previously applied widely within the field of Egyptological studies, has permitted a nuanced interpretation of the funerary landscape visualised through the digital representation. Investigation of the landscape in this manner has offered new perspectives into the place of the monuments, and their topographic and interconnected relationships: a correlation between the sacred animal monuments, networks of movement, and specific milieus of terrain has been recognised; a mechanism of visual performance employed by the monument builders has been identified; and a new mixed-media narrative account of the landscape has been constructed. 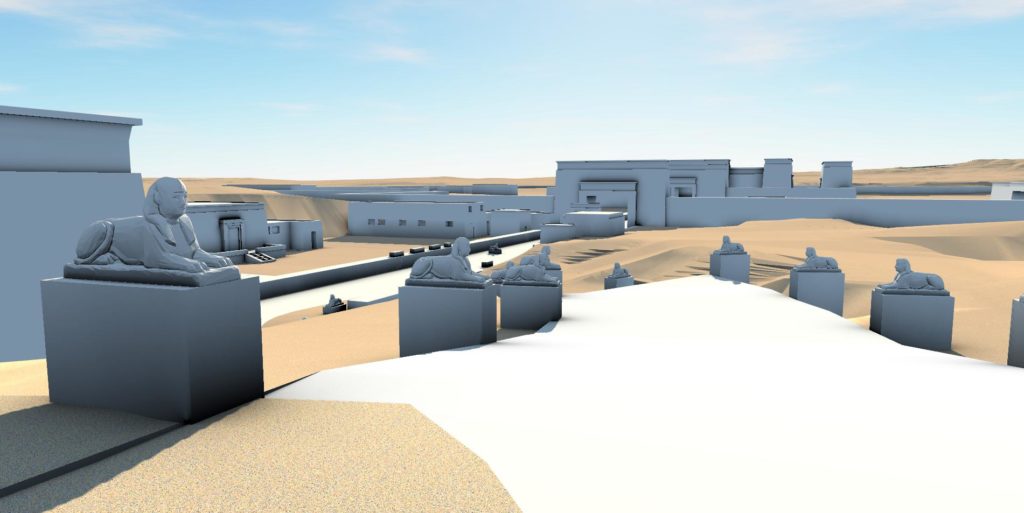